I do like the idea of the wind layer but I do not understand the discrepancy compared to other sources. 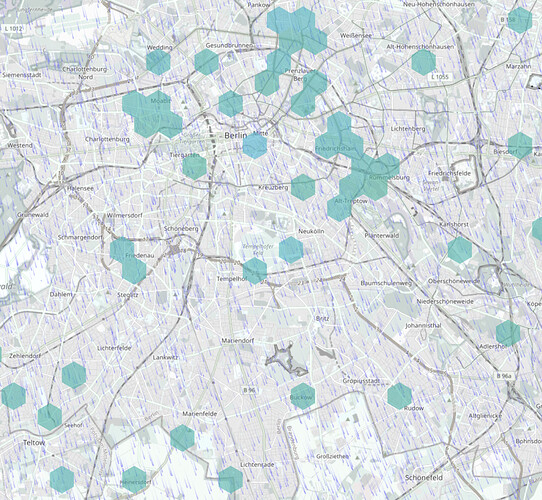 Predicted and actual direction of wind according to kachelmannwetter.com is opposite 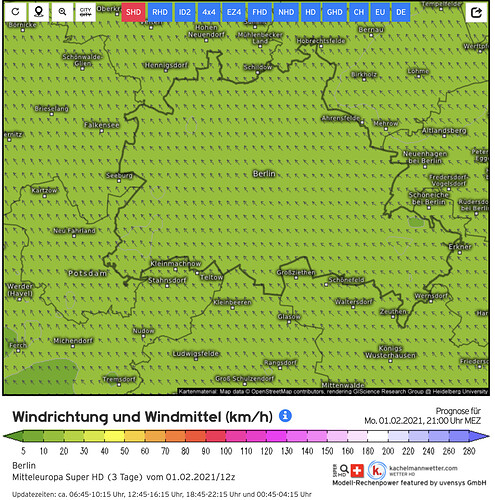 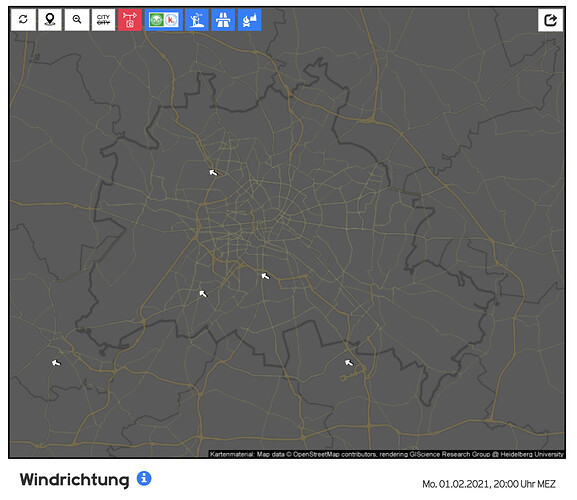 We are using the NOAA data. The data is a forecast and generated only every 6 hours. We use the data with a raster of 250m, for a height of 10m above ground.
You mya need to check which wind direction is shown on the maps you were looking at. For the weather the wind direction at higher levels is more important while for the distribution of particulate matter the wind direction in lower levels seems to be more interesting (in our opinion).

Thanks for the explanation. I guess the 6h interval is key here. The current wind direction shown on maps.sensor.community matches the measurements from about 8h ago. In the meantime direction has changed and will should appear on the map later today.

I got one experimental device with wind speed and direction - any idea if such data can be integrated with Sensor.Community in future?

This is debatable question.
On one hand it quite useful to measure local wind speed and direction as this can be used to track the sources of air pollution.
On another hand it is quite hard to place these sensors in the city where there are a lot of turbulence due to buildings.

I prefer to turn off wind layer by default.
Its too noisy, its heavily-loaded layer …and unreliable.

At least windy.com gives me the time of last probe and some exact points with exact numbers : )
Not great but more informative 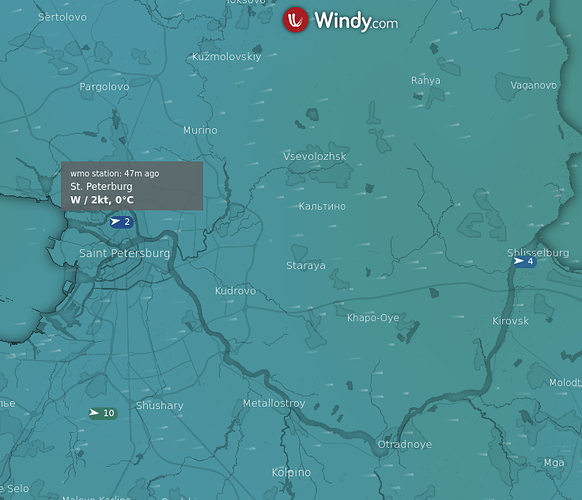 As a first step I have reduced the resolution of the air pressure data. This should reduce the amount of data to a fourth of the size we had until now.