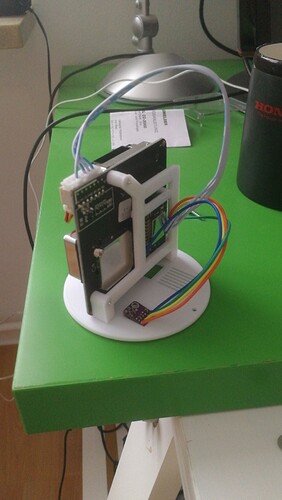 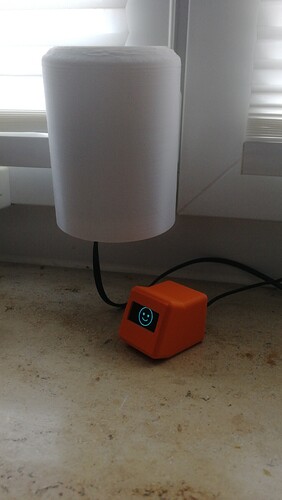 I have been playing with the idea of using ESP-now as an interface to broadcast measurement values, without needing to set up any connection (and having to configure WiFi credentials etc).

So you have a standard sensor.community node with an ESP8266 as the sender, and a display node with another ESP8266 + OLED or RGB-LED as the receiver. You would just put the display node within WiFi range, without any configuration and it would automatically pick up the ESP-now wifi broadcast measurement values from the PM-sensor, and be able to display them numerically or perhaps as a coloured light.

ESP-now is basically a low-bitrate (1 mbps) connection-less wifi protocol, so no association is needed. You can transfer a small frame (250 bytes) enough for a simple JSON message for example. The protocol lets the sender know through an acknowledgement that the frame arrived (not for broadcast though).

I made a prototype, using a wemos d1 mini (ESP8266) as the sender and another wemos d1 mini with RGB shield as the receiver, see: GitHub - bertrik/pmlamp-espnow-proto: Arduino project to show particulate matter concentration as a LED colour, communicated over ESP-now